Hey, Rick Nieuwenhoven here, just wanted to go through some basic investor topics here. Drivers of growth. What are we looking for when it comes to buying property, whether it’s our own property or an investment property, it still has a relevance to what we’re looking to do.

The first one is infrastructure. What is that? That could be railroads being built, air fields being built, and I’ll using that example because I just read an article, for example, about Toowoomba, where a lot of infrastructure’s going into Toowoomba at the moment, which is making that location quite exciting for owner-occupiers and also investors.

What’s happening is, people are flocking to that region because there’s employment, because infrastructure development creates employment and therefore people go there.

So, for investors, if you want to be one, and it doesn’t necessarily have to be Toowoomba, but when these projects are on and people are maybe moving there for them, well then they need somewhere to live and it’s a good opportunity to get in as well.

So, that’s what we’re talking about with infrastructure in relation to investment properties and why that becomes a good reason to look at investing in those, sort of, areas.

The second one is population, which is all about demand and supply. So when we have population growth, which has been one of the big drivers for Melbourne and Sydney in recent times, population actually means that people need somewhere to live.

If there isn’t enough supply, well then obviously that is going to drive prices up. That’s why we’ve been looking at population as a key indicator for when we’re trying to buy something. It’s a great opportunity for us to get rapid growth when population is migrating to a location.

It can be counterproductive and we need to think about that as well, is negative population growth. So if we rely on highly regional or rural locations where they relying on one industry and that industry pulls out of the market, that’s what can cause massive population decrease, leaving an over supply of stock on the market and therefore leaving us in trouble if we have a rental property in that market. That’s my little condition there to be careful about the selection when we’re looking at population growth.

The third one, location, location, location. I’m sure everyone knows about that. It ties in with these sort of things. One thing in relation to location that we’d like to look at is what we call land-locked areas. Which mean there’s a finite supply of land because when there’s a finite supply of land, that means once it’s done, once there’s been development, there’s no more. Right?

Another area that’s popular is say, let’s say, Coomera and Pimpama and Southeast Queensland, in fewer locations in Adelaide, Melbourne, Sydney, again, finite locations. Alright? That means once it’s developed, it’s developed, no more can be put there and people still want to live there, that’s going to drive up the price growth in a property as well and demand.

Economic drivers. What does that mean? Well we’re looking at government policy, government effecting market stimulation which could be interest rates, which isn’t necessarily government as RBA, which is supposed to be independent of the government by they work closely, hand in hand.

So the government can effect the demand for locations for population which we said here, into where they live. So we want to look and read into and investigate why we want to choose the location we do because of government investment.

Number five, new jobs. What does that mean? Well so it goes, hand in hand again with population, but as an economy some locations thrive better than others. So if we want to pick on the northern suburbs of Adelaide for example, it went through a downturn, with the removal of Holden’s from the market. So the jobs went down. But then we have other locations, where again, we’ve got north of Brisbane, on the Sunshine Coast, where they’re building new universities and hospitals, that drives new jobs. Those jobs bring people, those people bring demand and therefore as investors, brings investment opportunities.

I can give you a good and bad story. I can give you a bad story where a client of mine went to a property education series, paid a lot of money for it and one of it was, sort of similar to the example I was talking about, rural areas and they bought two units for about a $100,000 at Roxby Downs, getting a rental return of $350,000 a unit. That’s amazing.

The mining sector decreased 18 months later, they had units that they couldn’t sell anymore and they couldn’t rent out. Right? To counter that, we’ve got investors that buying on, in Melbourne and Sydney and also on the Sunshine Coast. What’s happening is the demand for these elements here are causing the prices to rise quite rapidly and therefore some of these people have made 100,000 in a couple years, through demand.

So what we are going to look at not only income return, but also the capital growth. One trick to fall into is expecting the good times to roll on forever. We could look at 7% being, that you’re on your dream figure, but let’s always look at our calculations and be a bit modest and going, “Okay well what if we don’t get that and we get this, are we still going to get the right of return?” 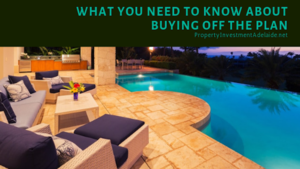 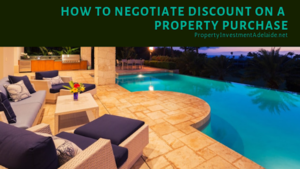 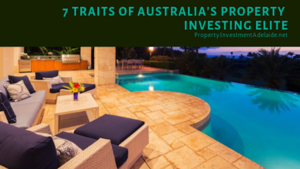 Real-estate in Australia is growing high day by day. But only those people are successful in this business who possess some mind-blowing